Precious was sick; she was too weak to hold her head up, too tired to cry as her father carried her into the Emergency Department. Her two and a half year-old body lay motionless on the stretcher, her skin unnaturally pale. Precious and her parents had traveled a long road to reach the hospital. She lived in a village in rural Uganda, about 35 kilometers from Nyakibale Hospital. In their house, every night Precious’ mother put her children to bed under a bright blue insecticide-treated mosquito net.

After treatment attempts at a small private clinic, a traditional healer, and a larger government-run health care center, Precious’ father assembled enough money to pay for transport to Nyakibale Hospital. When Precious arrived close to death, the Emergency Care Practitioners (ECPs) were her last chance to avoid becoming one of the six million children under five who die every year in out of the way places, like rural Uganda.

Within less than a minute of Precious’ arrival to the Emergency Department, Deus, a Junior ECP, began his initial assessment and called for help from his supervisor, Teddy. Both realized Precious was critically ill and worked quickly. Deus directed his colleagues to take vital signs and measure a random blood sugar while he took a brief history from Precious’ father, who explained that she had been feverish and vomiting for several days and woken up too weak to move. 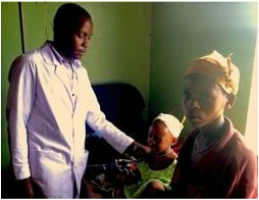 Precious’ blood sugar was too low for the machine to even read. Deus tried to place an IV in her arm, but her veins were too small and kept collapsing. Along with another ECP, he placed an IV line into a vein in Precious’ neck and administered IV dextrose through a syringe. Her blood tests quickly revealed what Deus and Teddy suspected – Precious was severely anemic and had an overwhelmingly positive malaria slide. She not only had falciparum malaria, the most deadly type, but she had several complications including severe anemia, low blood sugar, and repeated seizures. Her chances of survival were extremely slim.

Over the next two hours there was a calm, professional flurry of activity. Deus and Teddy had the forethought to send a blood sample for type – and cross-matching along with her other labs, so they were able to get her first unit of blood hanging within minutes of her arrival. Once the blood was dripping through her IV, they began working on the rest of her treatment plan, while monitoring her condition closely. She was treated with antimalarial medication and given antibiotics to cover any co-existing bacterial infections. The team gave Precious Paracetamol to lower her fever, blood sugar checks to measure the effectiveness of the dextrose, and repeated clinical reassessments. In the evening, Precious was looking much better and Deus wrote a management plan. After presenting it to Teddy, the two of them checked on Precious one last time before signing off on her admission to the hospital. 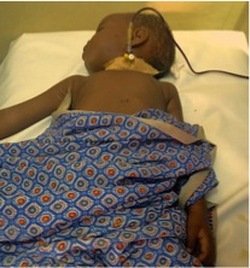 The following afternoon, Deus stayed after his shift to visit Precious in the Pediatric Ward. He was happy to see her sitting up in bed. Her pale skin, floppy weakness, and high fever of the previous day were gone. Precious was still receiving blood transfusions and anti-malarial medications but the worst was over. She was starting to play again and take an interest in her surroundings.

When Precious left the hospital a few days later, she was walking, talking, playing, and even smiling. To the casual observer, she appeared like any healthy toddler. Other than the pinpricks left by the IVs and her mother’s tired countenance, there was little to indicate how close Precious had come to death.

Precious was lucky to be treated in the only Emergency Department in rural sub-Saharan Africa. Unlike most clinicians responding to emergencies in sub-Saharan Africa, Deus and Teddy are specially trained in emergency medicine and work in a department designed to provide rapid, lifesaving care.

Precious’ journey to the brink of death and back teaches a valuable lesson: we cannot defeat malaria with bed nets alone. Precious slept under a treated net every night – yet she still fell gravely ill. While bed nets are a cost-effective, crucial public health intervention, a principled approach to malaria must include a plan for treating those who contract this deadly disease. Effective emergency care, such as that provided by GECC’s Emergency Care Practitioner program, is an essential part of any integrated, ethical approach to addressing the burden of malaria in resource-limited settings.

“If you have come here to help me, you are wasting your time.  But if…

"​Despite the limitations, the ECPs managed to provide efficient and often life-saving care to patients…