Those who know me know I loathe “hallmark holidays”. But, when asked to write a blog post about Father’s Day, immediately, the suggestion struck a cord and I knew what story I would share. As I sit in my office in Tucson, 9,000 miles from Karoli Lwanga “Nyakibale” Hospital, in my mind’s eye, I was transported back to late spring of 2011, to the crazy hustle of Uganda’s busiest bus park, in central Kampala.

Six weeks earlier, I had traveled to Uganda with my partner, Heather, and our 18-month-old daughter, Kaya. This day, I was returning alone to Nyakibale from Kampala, an eight-hour bus ride, to rejoin them. I was unbelievably eager see Heather and Kaya and to continue working with our GECC Emergency Care Practitioner (ECP) team. Amongst the colorful chaos of the bus park, a gentleman approached me with a disarming look of exuberance and familiarity, as if he knew me from the past. It caught me off guard as he engaged me in an exchange that initially left me sulking. 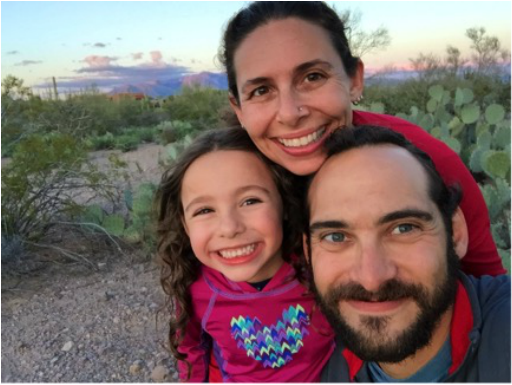 He recognized me immediately and confirmed that I was the doctor working with the new Ugandan Emergency Care Practitioners “upcountry” (Ugandans’ way of indicating the rural area). Apparently, word had spread that there were now Ugandan providers working exclusively in an emergency department (ED) to rapidly diagnose and treat acutely ill patients. He took my hand in his, thanked me for GECC’s work with the ECPs in the ED, and the care they provide for their community. After a moment, I recalled him and his family, as he described bringing his extremely ill 2-year-old twin daughters to Nyakibale’s Emergency Department, and how ECPs Felista, JB, and myself cared for his malnourished daughters who fell gravely ill with pneumonia and malaria. His warmth and expression of appreciation was completely overwhelming, especially so far out of context, over 360 km from where our program cares for patients.

I asked how his daughters were doing, and he explained that only one daughter survived the hospital stay. Standing shocked in front of him, I couldn’t believe that this gentleman was expressing gratitude, despite losing one of his children. I’m sure the look on my face revealed my surprise because he explained that his surviving daughter was now 3 1/2 and doing very well. Not only that, but his other children and family were in improved health since being enrolled in a malnutrition intervention/prevention program during that hospital stay.

While I was glad to hear that his family was well and that the care provided saved one of his daughters’ lives, I couldn’t shake an unsettling feeling. The entire bus ride was spent trying to process the exchange that had just transpired. Only with additional reflection did I realize that despite my outsider’s perspective on the outcome of a daughter’s death, it was abundantly clear that in his community it was expected that both children would have died if the ECPs had not been appropriately trained to provide timely acute/emergency care. 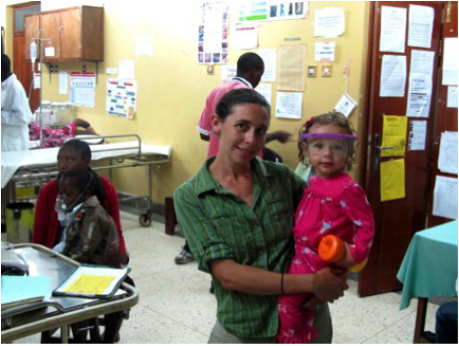 When I arrived back at the hospital, I found that my own daughter, Kaya, had fallen ill with malaria in the last several days despite being on prophylaxis medication. As a parent, I was devastated that my daughter was ill, but endlessly thankful that our ECPs were present to diagnose and treat her appropriately, likely mitigating complicated and life-threatening manifestations of malaria.

So, I had just received an enthusiastic expression of appreciation by a parent for helping care for his children, despite one of them dying, and then I came to find out that my own daughter had been very ill with one of the maladies that befell his children. Needless to say, this was overwhelming.

These are concepts that many of us as individuals, parents and citizens in more developed countries take for granted – that when we need emergency care, it is readily available. This father’s gratitude for the ECP’s long hours, endless dedication and commitment to improving care within their community is something that I had never deeply contemplated from the perspective of a thankful parent, but as a father on this Fathers’ Day weekend, it’s certainly something I’ll never take for granted.

Over the last six years, I’ve had the privilege of working with our GECC team, both our ECPs in Uganda and my fellow North American-based GECC Board Members and Staff. Many of us have had children of our own and it’s obvious to me that being parents has only strengthened our dedication to working with local stakeholders to ensure that access to emergency care is increasingly available to the most vulnerable members of our global community.

As a parent, this Father’s Day weekend, I sit in appreciation of our ECPs tireless efforts to care for those in need within their community as well as our GECC’s supporters who enable the program to continue training future generations of Emergency Care Practitioners. All of you make a huge difference in the lives of those who have had limited access to timely acute/emergency care.

​GEC Staff, Board of Directors, and Volunteers came together in September for our annual meeting…

Written by: Heather Hammerstedt MD, Executive Director ​ This year was a landmark year for…